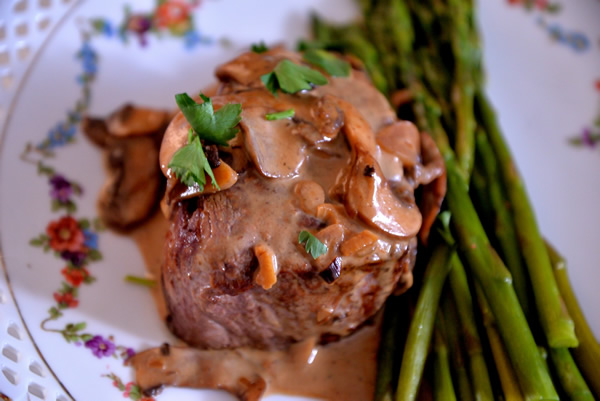 Both Loraine and I truly enjoy Steak Diane and we have this creation, a modified Gordon Ramsay recipe, at least once a month. It is very easy to prepare and unlike almost all the other Steak Diane recipes uses sirloin steaks rather than beef tenderloin, which, as much as we enjoy beef tenderloin, believe that it's wasted with the overriding flavors in the Steak Diane sauce. 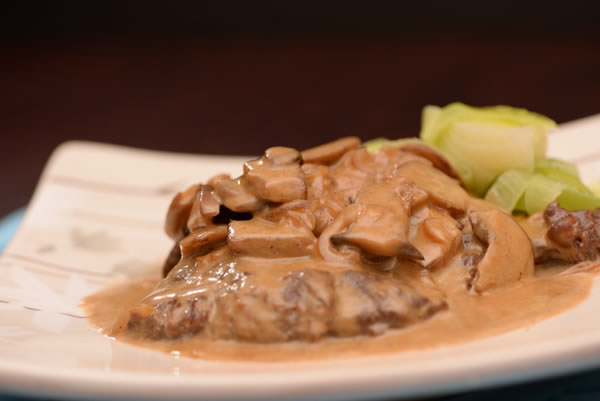 This picture shows the Steak Diane side of butter steamed leeks, we have just recently begun eating leeks (other than having them in soups and stews), after trying a Raymond Blanc recipe. We will provide a write-up on that recipe in the near future. Update; recipe for leeks.

Place a steak on a warm plate and spoon the mushroom/shallot sauce over the top.