Many people don't understand my mistrust of products labeled organic.

Today there was an article in the Windsor Star about Thomas Canning an Ontario company that intentionally labeled tomatoes as organic when they weren't. According to the article Thomas Canning allegedly mislabelled the products between Sept. 1, 2013 and July 3, 2015. While doing so, the Province of Ontario gave the company a grant of 3 million dollars. The company was also guilty of passing off American grown tomatoes as tomatoes that were of Canadian origin. 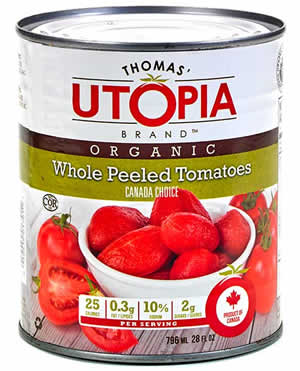 If the owners of a Canadian company, that is inspected regularly, can misrepresent their products for almost 2 years, what are the odds that products marked organic from overseas are truly organic?

Thomas Canning is now bankrupt and Bill Thomas, the owner, is going to be fined a whopping $40,000. Wow, $40,000 for fraud against all Canadian consumers. That won't even cover the costs of the court case. Plus we won't see our $3M grant from our hard earned tax dollars returned.

With ridiculously low penalties like this, it becomes a cost of doing business and greed will take hold and more companies will consider labeling non-organic products as organic.

Bend over Canada, we're about to get the full depth of the organic shaft!